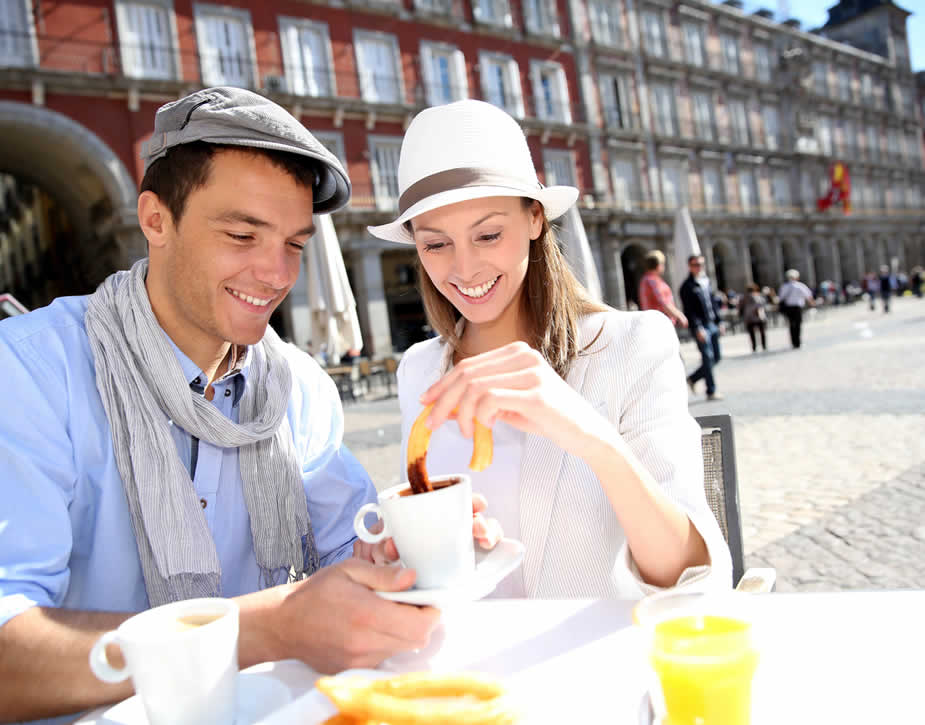 Moving to Madrid the cost of living in compare to London

The decision on moving to another country always entails lots of questions: How does living in a foreign country look? What are the real costs of living there? Are cultural differences distinctive?

If you already pinpointed that Madrid will be your new home, we prepared a comparison between Madrid and London.

We will compare the essential aspects of life in these two cities, such as the cost of food in restaurants and supermarkets, transportation, utilities, sports and leisure, clothes and shoes and housing.

We hope you will find it useful.

If you are a keen restaurant-goer, you will fall head over heels in love with the prices in Madrid, as they are 34.12% lower in Spanish restaurants than in London ones.

A meal in an inexpensive restaurant will cost you around €17.50 in London, which is €6.5 more than in an average restaurant in Madrid.

If you prefer spending more time in a mid-range restaurant, where you could eat a three-course meal with a companion, you should prepare around €65 in London, and €40 in Madrid.

However, if you are an eager fast-food consumer, the prices are lower in London than in Madrid. For a McMeal at McDonald’s (or equivalent combo meal), you will pay €1 less in the English capital.

As far as drinks are concerned, you will pay more in London for such drinks as beer and coffee, whereas Coke and water are more pricey in Madrid. The prices for specific beverages look as follows:

Nowadays, most people do shopping in supermarkets. They find it easier and less time consuming, as everything is in one place, ale prices are lower than in local shops. What is the difference in price between supermarkets in London, and those in Madrid? It turns out that most products are cheaper in Madrid than in London.

Let’s take a look at the exemplary products and their approximate prices.

According to numbeo.com, most of the grocery products are more pricey in London than in Madrid, yet, the differences are not considerable.

Other products such as white rice and eggs are around 48% less expensive in the Spanish capital. Nevertheless, 1 kg of local cheese is around 21% more pricey in Madrid (€10.29), than in London (€8.10).

Meat is also around the same price in both metropolises. For 1kg of boneless and skinless chicken breasts, you will pay around €6.36 in Madrid and €6.91 in London. 1kg of beef round (or equivalent back leg red meat) will cost you €10.72 in Madrid, and around €9.47 in London.

The prices for fruit and vegetables in both cities look as follows:

For those who like spending their weekend by the beer, with a cigarette in their hands, Madrid has a better offer. You will pay around 5% less for a bottle of mid-range wine, around 128.24% less for a domestic beer, and over 156% less for a pack of Marlboro cigarettes.

Transportation is a sector where you can expect considerable price discrepancy. If you decided to move from London to Madrid, it would favourably influence your finances. The prices for public transport, as well as for gasoline, are significantly higher in London than in Madrid.

The prices for public transport, as well as taxis, look as follows:

If you are planning on buying a new car, it would be best to postpone your decision until you arrive in Madrid. For a Volkswagen Golf 1.4 90 KW Trendline (Or Equivalent New Car) you will need to prepare around €20,000.00 in Madrid, which is around €3,327 less than in London.

Basic monthly utilities, such as electricity, heating, cooling, water, garbage, for 85m2 apartment will cost you around €125.68 in Madrid, and around €188.50 in London.

According to numbeo.com, the cost of the monthly fee in a fitness club will cost you around €45.41 in London, and €35.93 in Madrid. However, if you are a fan of tennis, an hour of tennis court rent on the weekend will cost you more or less the same in both cities, and it is a cost of approximately €13.

If you are a big fan of movies, you will pay less in Madrid than in London. Two tickets to the movies in London costs around €28, whereas in Madrid the estimated figure reaches €18. Keen theatre-goers will also pay remarkably more in the English capital. The two best available seats at the theatre cost around €203, which is 300% more than in Madrid.

If your definition of leisure includes mostly eating out, here is how the prices look for both capitals, according to expatistan.com:

Clothes is another sector, where you can cut some costs. You can successfully find some good quality clothes in second-hands and save some money this way.

Nevertheless, if rummage sale is not your cup of tea, the popular worldwide brands offer slightly lower prices for their clothing in Madrid than in London.

For a summer dress in a High Street Store (Zara, H&M or similar retailers) you will pay around €43 in the London store, and around €31 in a Madrid store.

Moreover, a pair of sports shoes (Nike, Adidas, or equivalent brands) is around 24% more costly in London than in Madrid. You will pay approximately €87 for Nike shoes in London, and around €78 for the same pair in Madrid.

Leather business shoes are also more expensive in London than in Madrid. You will spend around €101 in London, whereas in Madrid, the same pair will cost you approximately €97.

If the idea of renting an apartment makes you feel enthusiastic, the monthly savings in this area after moving to Madrid would make you feel rhapsodic, as they are significantly lower in the Spanish capital.

For those who would rather own a house, the costs are also unquestionably overpriced in London.

previousWhat you need to know before moving to Norway