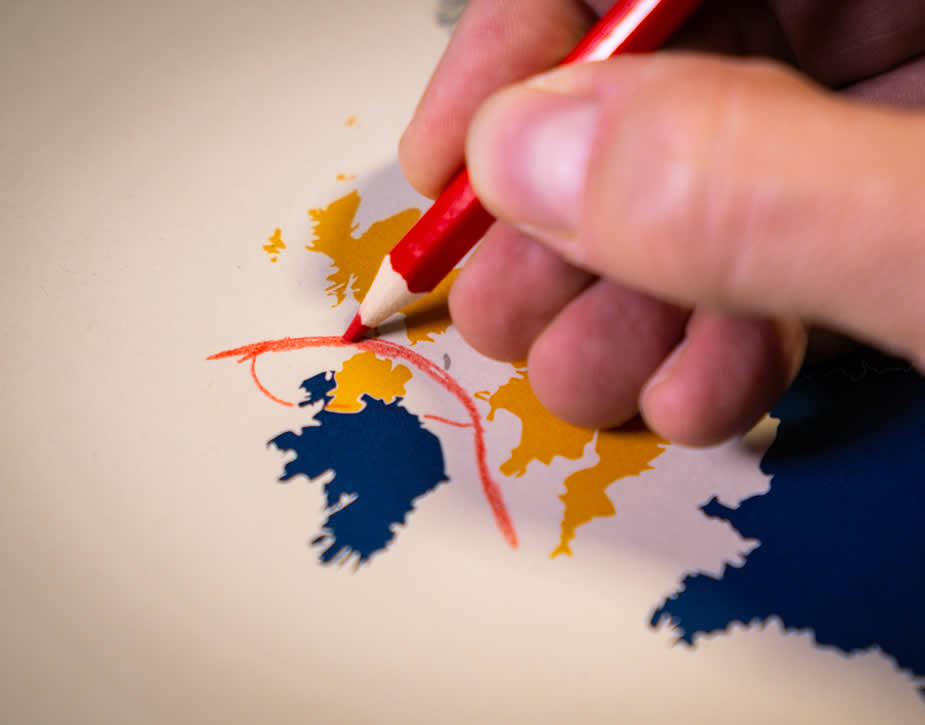 MyCheapRemovals as not many international removals companies can provide you with an instant quote if you planning to move from Mainland UK to Northern Ireland.

If you are interested in moving to Northern Ireland, first you need to consider the volume you intend to remove. There are numerous volume options to choose from if you look for a cheap home removal. Our options start from 5 cubic metres, through the 15 cubic metre Luton van option, to full big trucks, which can contain up to 30 cubic metres of goods. Therefore, everyone will find the option that meets their requirements.

Please remember, that there are certain weight limits within each volume option. Consequently, while choosing one of the options we offer, you need to consider the total weight of your load. The standard volume options and the accompanying weight limits look as follows:

What is more, there may be some distinctions regarding the delivery time between the volume options. Our small removal options, namely 5, 10 and 15 cubic metres, are part load options, therefore, your removal will be combined with someone else’s. In these options, it may take a bit longer before your goods arrive in Northern Ireland. On the other hand, our “full van” options (20m3 and 30m3) are dedicated options, so the van will go straight to your final address, shortening the overall time of shipping to Northern Ireland. Regardless of the volume, our European removals are very swift, so should you need a packing service or storage facilities, please consider other removals companies.

Northern Ireland is home to numerous cities and towns. Below is a list of five of the most notable cities, and the approximate cost of moving there from different parts of England.

Belfast (“mouth of the riverbank”) — the capital and largest city of Northern Ireland. It is also the second-largest city on the island of Ireland (after Dublin, the capital of the Republic of Ireland), and the fifteenth largest in the United Kingdom. Shattered by more than three decades of paramilitary conflict, Belfast has undergone a renaissance in recent years and is now a vibrant, modern city. It has been voted the fourth best city in the UK for a city break in the Guardian/Observer travel awards.

Derry, or Londonderry (“the Maiden City”) —On the banks of the Foyle River is the second city of Northern Ireland and the fourth city of Ireland is well worth a visit for its famous stone city walls (which date from the 16th century and are the only complete city walls in Ireland).

Armagh — ecclesiastical capital of Ireland; containing the headquarters of both the (Anglican) Church of Ireland and the Roman Catholic Church in Ireland.

Coleraine — situated on the River Bann in County Derry, 5 km from the sea and with an impressive history dating back to Ireland’s earliest known settlers, Coleraine today is a major gateway to the popular Causeway Coast area. Coleraine is an excellent shopping town and also has a major performance theatre located at the University of Ulster in the town.

Removals from England to Northern Ireland

Northern Ireland was created in 1921 when the British government split Ireland into two autonomous territories. It comprises six of the nine counties of Ulster (one of the four ancient Irish provinces), with the remaining three (Monaghan, Cavan and Donegal) staying in what is now the modern-day Republic of Ireland. For this reason, Ulster is a popular colloquial alternative name for Northern Ireland, even if it is not in the strictest sense historically accurate.

The weather in Northern Ireland is notoriously unpredictable, so you can experience all kinds of weather conditions within an hour. Moreover, similarly to England, the weather is a common topic of conversation.
Northern Ireland does not have any official language, although English is universally understood. You may also encounter Irish and Ulster Scots. Although Northern Ireland is a small country, accents and dialects differ considerably throughout the country and even foreigners fluent in English may find it hard to understand people with certain accents. However, most Northern Irish people will slow down and speak more clearly if they think you are having a hard time understanding them.

previousMoving from Germany to London - what you need to know