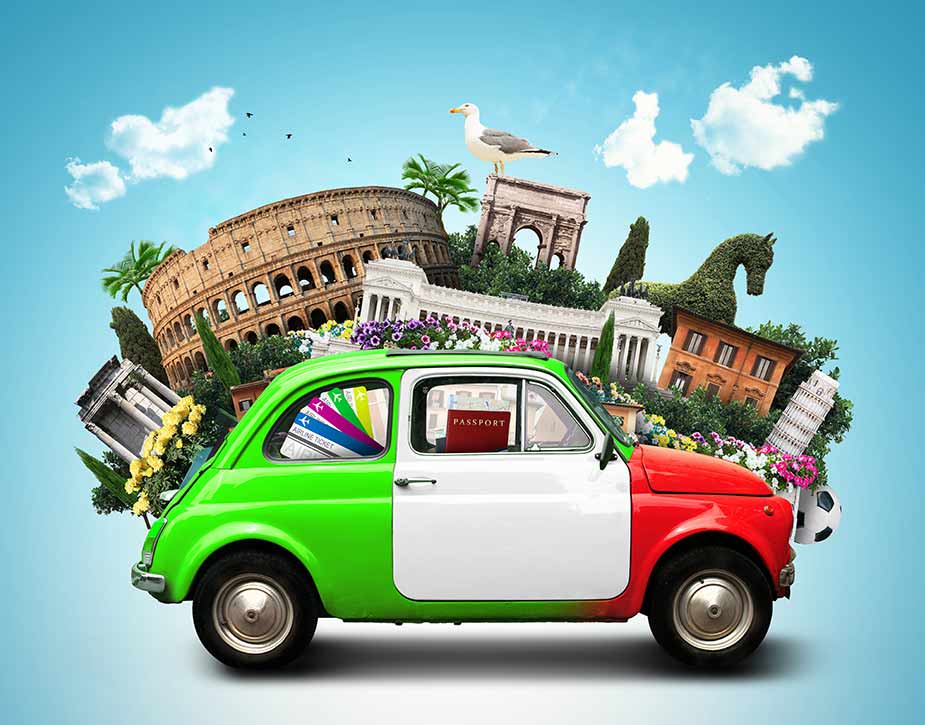 Dreaming of moving to Italy? Great choice! However, which city will be better to live in, Milan or Rome?

Milan is widely considered the coolest city in Italy, and with good reason—it’s a European metropolis that’s in tune with the times, and full of things to see and do. But what’s it like to live in Milan?

Milan is much less touristy than Rome.

If you have to choose between the two, pick Rome for a deep journey into Western civilization history, arts, and a good taste of Italian culture.

Choose Milan to experience modern and business Italy, and if you love the fashion world and luxury lifestyle.

If you are eyeing Italy as your new home but you still can’t decide between the top two best cities in Italy, you are at the right place!

In this article, we will walk you through the main similarities and differences that make Rome and Milan unique. Which city will be triumphant? Read on to find out and make your final choice!

Milan is popular as “the economic engine of Italy”. This is due to the fact that Milan is not only the fashion capital of Italy but also its business centre. It’s common for Italians and internationals alike to move here in search of good employment opportunities. As a result, you can expect to come across people from diverse backgrounds. You can trust that the majority of the younger generation speaks English, but don’t count on hearing the elders speak in a language other than Italian.

Rome is the capital and the biggest city in Italy. Italians call Rome “ la Citta Eterna”, which means “ the eternal city”, due to its more than 3000 years of history and breathtaking beauty. Rome is also the home of the catholic church, with the Vatican being in the heart of the city.

Milan and Rome have it all: beautiful architecture, history, vibrant nightlife, and delicious food, so it’s no wonder that they’re two of the best emigrant cities in Italy.

Take a look at a map of Italy, and you will see both cities are located along the Mediterranean coast, which makes them similar in culture and weather-wise. But this last statement isn’t entirely true, at least Milan doesn’t seem to be the sunny city blooming with sunshine that you might imagine when thinking about Italian weather. As for Rome, well, it certainly does follow the stereotype here.

Winter is another story. Milan’s cold will slap you in the face if you are not prepared for it. Milan is colder than Rome, winters are chilly and rainy, often with snow. While Rome has a much milder winter, temperatures only drop to around 13 degrees.
While both Milan and Rome are big cosmopolitan cities that offer plenty of activities, sometimes you just want to escape from your daily routine and see something else.

If you decide to live in Milan, you will have Genova not too far away for you to go to the beach and bask in the sun. And if you like winter sports, you could ski in Valsassina or Piani di Bobbio just an hour away from Milan. This city has fantastic nightlife one of the city’s most popular areas is near the Brera Art Gallery, along with the Navigli District. The city offers you good restaurants and nightclubs, including live music, as well as lesser-known local bands. In Milan, people start going out normally at around 6 or 7 pm. The usual time for you to go clubbing is around 11 pm until 4 am. Another popular area for young people is the Colonne Di San Lorenzo area, where you can have fun and enjoy a drink or two surrounded by ancient art.

The saying goes “when in Rome do as the Romans do”, which is good advice for survival in this frantic but remarkable city. Emigrants will find they are in perpetual awe of Rome, where daily life offers food and lifestyle coupled with choking traffic jams, eye-watering bureaucracy and a “what will be will be” attitude. There simply is no city on earth like Rome.

The Roman nightlife, on the other hand, starts later, often at around 10 pm. This is one of the biggest differences between the two cities. Generally, Roman weather works in our favour when getting from one place to another. If you are looking to visit various places at once, then it’s a great idea to be in an area where there are lots of cool places to go. Here are the main areas where local Romans like to go out:

Piazza Navona and Via Della Pace are good for bars and cafes.

Campo De Fiori has a good mix of tourists and locals, people of different age groups also come here to have some drinks.

Trastevere, Rome’s Bohemian area, has a lot of cool cafes and bars where an international crowd creates a great ambience.

Rome’s main university is located in San Lorenzo, and pubs and bars get filled up with young students in this neighbourhood.

Testaccio // Ostiense are home to all kinds of bars and nightclubs from house music clubs, and salsa clubs, to gay clubs.

Is Rome better for students than Milan?

Thousands of students from all over the world and Italy choose to start their studies in Milan every year. This shouldn’t come as a surprise since Milan is popular with some of the best universities in Italy and Europe. Milan offers new fun things to do every day, from art and culture to nightclubs and festivals in summer, which are perfect for students that want to have fun and meet new people. The city is also well connected by a vast public transport network, which makes getting around easy and quick.

Even though Rome is the biggest city in Italy, and is home to several popular universities, it lacks the sense of diversity and internationality that can be found in Milan. Another downside of Rome is that the public transport system is less efficient than in Milan due to its dated infrastructure. However, Rome is more affordable than Milan and has better weather year-round, making it a good destination for students.

Cost of living which is more expensive Rome or Milan?

There is no ultimate answer to the question of which city is more expensive to live in when it comes to Rome and Milan. It all depends on your lifestyle and which part of the city you live in. Everyone knows that the quality of life in Milan is high and the cost of living is proportional to that standard. As a result, living in Milan is expensive for locals and internationals alike.

When it comes to the rental expenses in Milan (in 2022) the following table should give you an impression of what to expect:

The table below shows the estimated monthly cost of living in Milan and Rome for one person as of the end of 2021.

Living in Rome is 6% cheaper than living in Milan, and this is also related to the lower salaries available in the capital.

Rome is an amazing city, with so much to offer emigrants but here are the pros and cons you should consider when deciding to move.

The pros of living in Rome

The cons of living in Rome

Here are the pros and cons you should consider when deciding to move.

Italians can be a bit gruff with people they do not know. That often changes when they know you become a regular in a local coffee bar and the chances are you’ll be treated better and better as time passes.

Italy’s infamous red tape can catch out the unwary and eat time up Milan is better than some other cities in Italy in this respect.

Burglary can be a problem. Keep windows closed and locked when out and about especially if they are on lower or ground floors. Pickpockets do work in some areas so keep handbags closed and wallets in a safe pocket. Watch out on crowded buses and trams.